If you’ve considered getting a connected camera for your home, it can be an expensive option if you want the 'all singing all dancing' version.

The cost can run into the hundreds of pounds and that’s before you consider subscription costs for keeping your footage safely in the cloud, far away from any intruders.


The BT Smart Home Cam, conversely, has dramatically undercut its rivals and it's done so in quite a sensible fashion that leaves the core functionality untouched.

The BT Smart Home Cam does have its limitations as you would expect at this price. Firstly, it’s intended for indoor use only; secondly, it’s not very robust; thirdly, it has no weather protection and only supports power via microUSB, not like the Power over Ethernet (PoE) offered by the Ring Stick Up Cam.


Nor will it record stream or record footage in 1080p. It’s 720p and that's it, meaning streaming is a little less sharp, especially in night vision mode, which could make all the difference between the police identifying an intruder or not.


While exposure and detail are pretty good, framerate is less so. Sharing the video with YouTube encodes at 15fps leading to a video that’s not very smooth.


Another weakness is how it treats cloud storage. Yes, it’s there, and it’s free, so far so good. However, the downside is that video isn’t part of the package. Instead, when it detects motion, it takes a photograph and uploads it to the cloud where it can be reviewed for 30 days before it’s deleted. 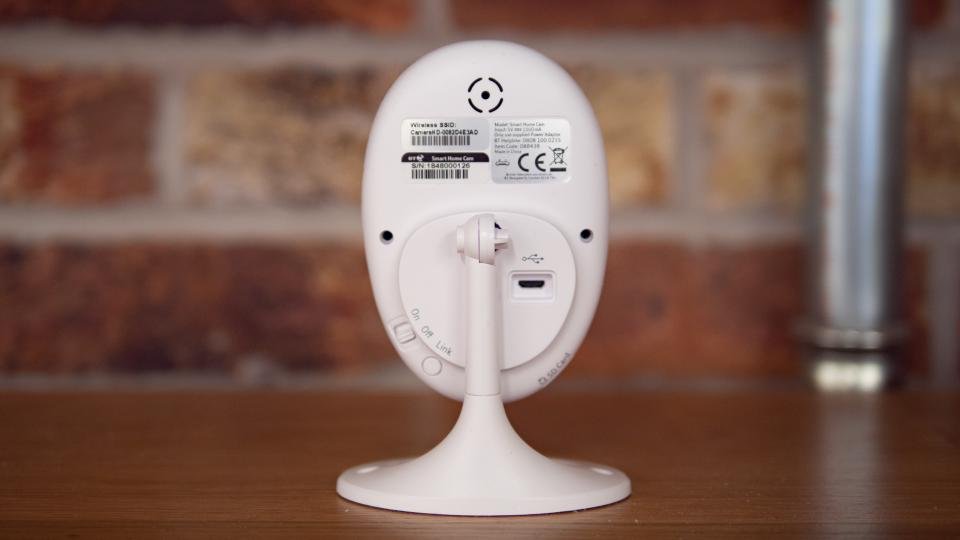 If you want video of motion captured, there are two choices. First, you can start recording to your phone the second you get a motion alert. But, by the time you’ve reacted, the moment you wanted to capture footage of may have gone, so the alternative is better: insert a microSD card of up to 32GB capacity. With a microSD card in place, the Smart Home Cam will record short bursts of motion-triggered video, where it can be reviewed and downloaded using the app.


This is all well and good except for an obvious flaw. If burglars were to enter the house and spot the camera, then removing the evidence is easy. You still have the static shot in the cloud as a backup, of course, but it’s not the same as a video. And as the camera supports two-way audio, if you do spot intruders in your house you can confront them remotely.


The BT Smart Controls app is a little basic but it gets the job done and is easy to set up. It supports up to ten cameras, and lets you set a schedule to disable motion detections, in case the idea of being watched all the time makes you uneasy. Sometimes I found the app would take a little time to respond, especially when trying to access previous days’ cloud photos. 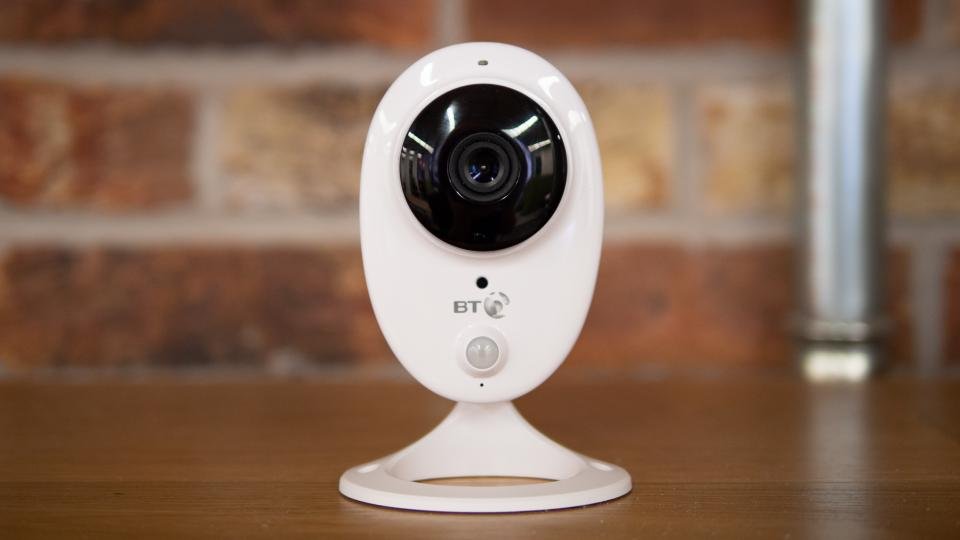 Compare that with some of the more sophisticated weatherproofed kit and you can see why we’d accept a few drawbacks, when you consider the price. The Ring Stick Up Cam is £179 and then requires a £25 per year subscription to store video. That’s per camera, with an £80 per year subscription if you want unlimited cameras.


It’s a similar story with the Arlo Pro 2 which is £290 (that’s the price for just one camera), although that camera offers free seven-day cloud storage and paid options for 24/7 continuous, cloud-based recording if you’ve got the budget.

The point is that at £49.99 you can't expect a fully equipped home security set up, but it’s remarkable how much it can offer at such a low cost. The frame rate isn’t great, but then you’re looking for security, not to capture every little detail.


For peace of mind without breaking the bank, the BT Smart Home Cam is well worth considering.

These prices may vary after publication. This article contain Amazon affiliate links, which means we may earn a small commission (at no extra cost to you) if a reader clicks through and makes a purchase. All our articles are independent and are in no way influenced by any advertiser or commercial initiative.